Hello from revision land! I wish I had a better excuse for my lack of posts recently, but really I just kept forgetting my password.

Anyway. Let’s catch up. After having two manuscripts accepted into competitive mentorship programs (PitchWars and Author Mentor Match) only to have them die in the query trenches, I indulged in a private pity party last spring. I’d poured my heart and soul into both of those books and come so close so many times, yet I kept hearing from agents who loved them but felt they couldn’t sell them in the current market. None of my other ideas seemed any more marketable and I was starting to feel like I was stuck on a hamster wheel of almost-but-not-quite-succeeding.

But, while my writing wasn’t going anywhere, I was! Over the past few months I had the chance to meet many more writer friends in person and celebrate their many successes. In June I flew to Boston to celebrate Rajani LaRocca’s book launch and got a bit emotional to find my name in her acknowledgements. She’s the best and so is her beautiful book, MIDSUMMER’S MAYHEM!

At the VA festival of the book I hung out with a whole crew of PitchWarriors.

And I’ve become a regular bookstore paparazzi whenever I spot familiar names in Barnes and Noble.

But in terms of my own writing, I needed to get out of my funk and write something just for me.

I presented the pitch to my writing group during a google hangout, and thought they tried to appear encouraging, their expressions looked a lot like this: 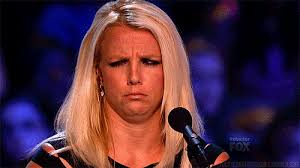 I don’t blame them. It’s a weird book with a dark premise, a lonely savior, a reluctant bodyguard, and… um… a swarm of giant insects. Remember, I didn’t originally mean for it to be read. It was just an escape, a chance to indulge myself without worrying about marketability. But, as my newest fictional world unfurled, I began to wonder if maybe my strange idea was worth developing into a fantasy novel after all.

Of course, as soon as I became invested in the possibility, literary agents on twitter began debating whether YA fantasy was completely dead or just almost dead. As always, I have impeccable timing.

But I pushed through, drafting 80,000 words in eight weeks, then revising and revising again before sending it to my critique partners.

And somehow, my weird little book is winning them over, garnering enthusiastic praise and a chorus insisting it’s my best work yet. One critique partner said of all the books she’s read this year, published and unpublished, it’s one of her favorites. And since I sent it out without a final chapter, my inbox is full of writer friends screaming at me for leaving them hanging and demanding I give them the ending they want. While it’s usually not ideal to have friends screaming “I HATE YOU HOW COULD YOU,” it’s one of the highest compliments a writer can get.

Next time, I’ll give you a sneak peak into my strange book as I gear up to brave the query trenches yet again.